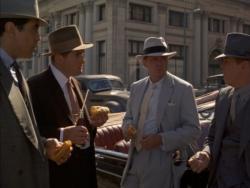 A year before L.A. Confidential was released came this similar neo-noir film about the LAPD and their investigation into the death of a beautiful prostitute.  Where L.A. Confidential went on to success and awards though, Mulholland Falls was a flop at the box office and the only award that it won was a Razzie for supporting actress Melanie Griffith.  While it's fair to say that this movie isn't as good as L.A. Confidential, it definitely deserves more recognition than it has received.

Nick Nolte stars as Max, the head of The Hat Squad, an elite unit of the LAPD who answered directly to the chief of police and whose purpose was to fight organized crime in the early 1950s.  The Hat Squad are all tough talking, men's men, who chain smoke and wear their trademark hats everywhere.  One of their methods of discouraging criminals is to take them up on Mulholland drive and show them the "falls" by dropping them over the side of the road where they either die on the bounce down or are strongly inclined to drag what's left of their body out of town.

At the beginning of the movie they discover the body of a dead girl named Alison Pond, with whom the married Max once had a six month affair.  While Alison is never actually referred to as a prostitute, she certainly made her living off of her body.  And since she is played by the gorgeous and still voluptuous Jennifer Connelly in flashbacks and on a film reel, it's easy to believe that she could do so.

The mystery around Alison's death leads to a military base where nuclear testing has been taking place under the supervision of General Timms played by John Malkovich.  Timms also had an affair with Alison and isn't too pleased to discover that films were made of his trysts with her.  But was he involved in her death?

Director Tamahori does a good job creating an atmosphere in the film that is as thick as the cigarette smoke that constantly floats around Max's head.  The men in hats and suits, the women in dresses, the old cars and manner of speech are all highly stylized and really set a mood that is sustained throughout the film.

Nolte as the lead is somber and gravelly voiced from the constant smoking.  He's okay in the lead, but is almost too serious.  Of the supporting cast the standouts are Chazz Palminteri as Max's partner and Connelly as Alison.  Palminteri provides some of the only comic relief as he spouts out advice that he's been given by the psychiatrist that he's seeing for his anger issues.  Connelly whose part is very small, she really only has two scenes with dialogue, still looms large in the story.  She is positively luminescent and shows exactly how curvy she used to be in a couple of nude scenes.  With this part and her part in The Rocketeer she shows that she could very easily have been a star in the golden age of Hollywood.

With its fairly slow pacing and weak mystery, Mulholland Falls isn't a perfect film, but it's definitely worth watching, particularly if you're a fan of neo-noir. 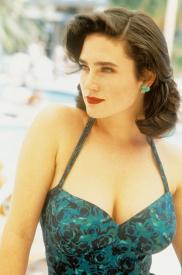 I agree the supporting cast is good (it's filled with famous faces in bit parts) but overall this is a prime example of a movie that placed style over substance. The period look is flawless but the plot is a bit flat. The climax, while excitingly filmed, doesn't make a whole lot of sense.

I agree Scott, Nolte is far too somber in the lead role. He looks the part but he needed to bring a bit more personality to it. Just why and how his affair with Allison began is never explained. His relationship with his wife isn't developed enough for us to care about her finding out about his infidelity.

Speaking of Melanie Griffith, As Scott wrote, she won Worst Supporting Actress of 1996 at the Razzie Awards. There is a scene where she is supposed to be reading an Ernest Hemingway novel that seems rather pointless, and her emoting in her final scene in the cemetery is pretty bad. But I didn't think she was awful enough for such negative acclaim.

The script has a few memorable lines but it fails to crackle like the dialogue in true film noir. Hoover's line that, “This isn't America, Jack. This is L.A.” and General Timms justifiying his morally questionable decision making by saying, “A hundred die so that a thousand may live.” are two examples of the better lines the movie has to offer.

Mulholland Falls starts strong but quickly loses its way. It should have kept its focus on the various exploits of The Hat Gang rather than the one weak mystery about the murder of Allison Pond. The chemistry between the four police officers in this elite squad provide the best moments in the movie. Once they arrive at that remote military base the story becomes muddled and quickly loses its way.

If only they had put as much thought and attention to detail into the script as they did the art direction, set design and costumes. Mulholland Falls could have been a classic instead of the solidly mediocre movie it is. 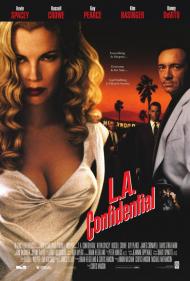 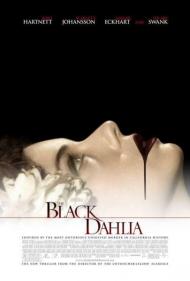 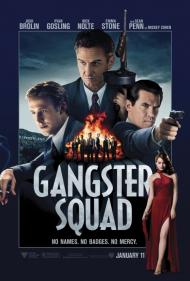