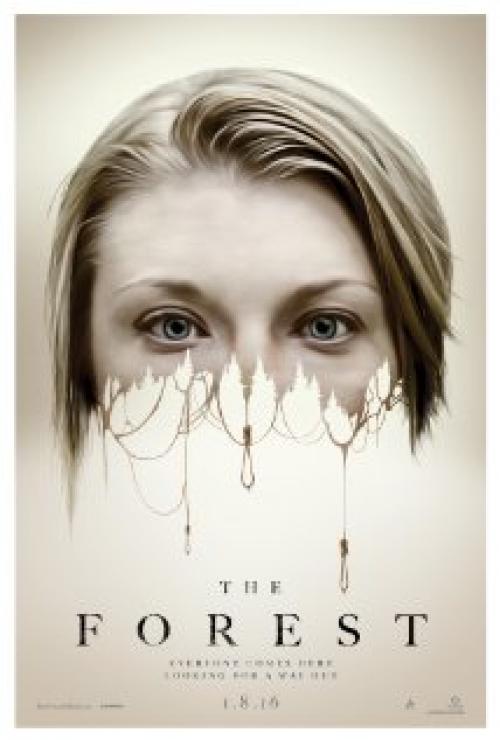 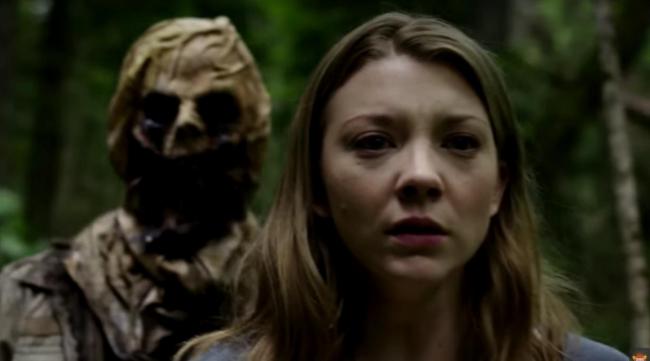 Natalie Dormer in The Forest.

January is traditionally the graveyard for horror movies not deemed scary or prestigious enough for an October release and The Forest is the latest corpse to be interred there. It starts with potential, beginning with at least a mildly intriguing setup, but devolving into a dull and frankly, silly ending, failing to deliver even the simplest of scares.

Natalie Dormer (Game of Thrones, The Hunger Games series) stars in a dual twin sister role, playing Jess and Sarah. When Jess goes missing in Japan in the Aokigahara forest, Sarah flies to Japan to look for her. Although Aokigahara is also known as the Suicide Forest and Jess has flirted with suicide in the past, Sarah is positive that she is still alive because of some kind of twin psychic connection. Accompanied by an Australian travel writer (played by the very American Taylor Kinney, with no attempt at an accent) and a forest guide, Sarah enters the forest in search of her twin, despite the many warnings she receives of ghosts and visions before entering. Despite some creepy imagery, the result offers almost zero scares, but does manage to produce the occasional unintended chuckle at the absurdity of the behavior of certain characters, although not enough of those to turn this into an "it's so bad, it's good" movie.

The most intriguing aspect of the movie is that Aokigahara forest, or "Sea of Trees", as it's known in Japan, is a real place that has attracted suicides for hundreds of years. Some estimates place the number of suicides that take place there at 100 per year, despite signs placed at entrances to the park that include the phone number of suicide prevention hotlines. The 13.5 square miles of tightly packed trees, set at the base of Mount Fuji, provides plenty of cover and isolation for those looking to take their own life. The story told in the film of families abandoning the old and infirm there during times of famine, is also a part of the local folklore. With such a setting for the story, you'd think that the filmmakers would at least be able to produce a sinister atmosphere, but first time feature director Jason Zada fails at even that. Despite some establishing shots of the forest from the air, it should be noted that the film crew wasn't allowed to shoot in the real Aokigahara forest and instead filmed the forest scenes in Serbia.

Appearing as the lead in a horror film is practically a rite of passage for any up and coming actress in Hollywood. Dormer has said she was drawn to the part by the opportunity to play dual parts. However, although we're told that Jess is the darker, suicidal sister, we never really get to see that difference betwen them acted out. This isn't a part that requires the stretching of any acting muscles, just the willingness to behave in stupid ways that stretch the credulity of what even a character in a horror film would do.

The climax is so bland that at first I refused to believe it could be so generic. I kept looking for deeper meanings to it all.  Maybe, I thought, there never was a twin, and Sarah, who explains in a story about her past that she was scarred by a traumatic childhood event, was really just schizophrenic, with Jess being her darker personality. Sure, Jess showed up in flashbacks, but we'd already been shown that Sarah is an unreliable narrator when she tells Aiden one thing, while a flashback reveals the truth. Alas, I was looking far too deeply into this very shallow pool.  There's nothing below the surface here at all.

I'm not a big fan of horror movies in general, but I'd hoped that with such low expectations, this one might surprise me. In a way, I was right. It did surprise me. It ended up being even worse than I thought it would be. 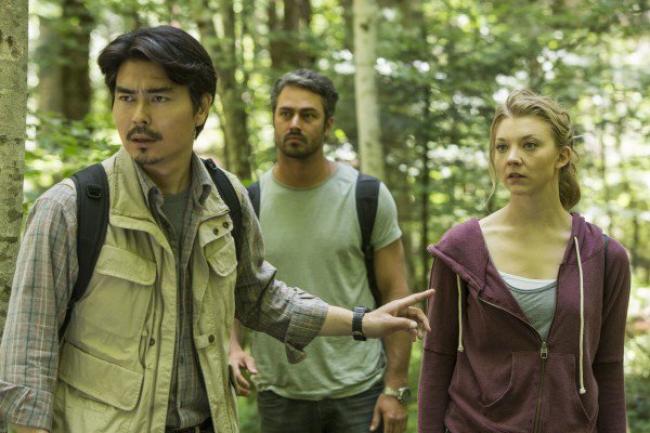 Yukiyoshi Ozawa, Taylor Kinney and Natalie Dormer in The Forest.

Like my brother I've never been a huge fan of the horror genre, but I too was expecting more from The Forest than this pile of dry twigs. If nothing else, I figured there would be creepy visuals and a frightening atmosphere. I was also hoping for some campy/gory fun, although I was prepared for a more serious tone as long as the scares were there. I got the more serious tone, but not the scares.

Neither the director nor the three credited screenwriters seem capable of creating a jump out of your seat moment (the closest they come is when Sara is surprised by an old woman in a dark hallway) or building suspense. I was never truly frightened for Sara and that's death for a psychological/horror film that takes itself as seriously as The Forest does.

Natalie Dormer deserves credit for giving her all in the dual roles of identical twins Sara and Jess Price. She's in nearly every scene and she's better than the material by at least half. If the script and direction had been any good this could have been a star making role. Now about the only way this movie will be remembered is if Dormer becomes a really big star. Even for a horror movie dumped in the cinema graveyard that is January, The Forest stinks.