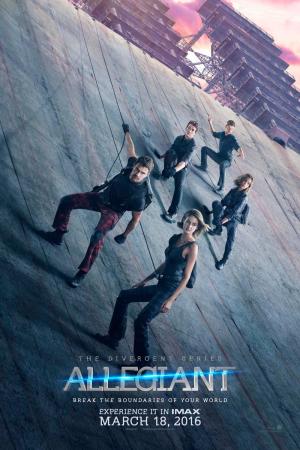 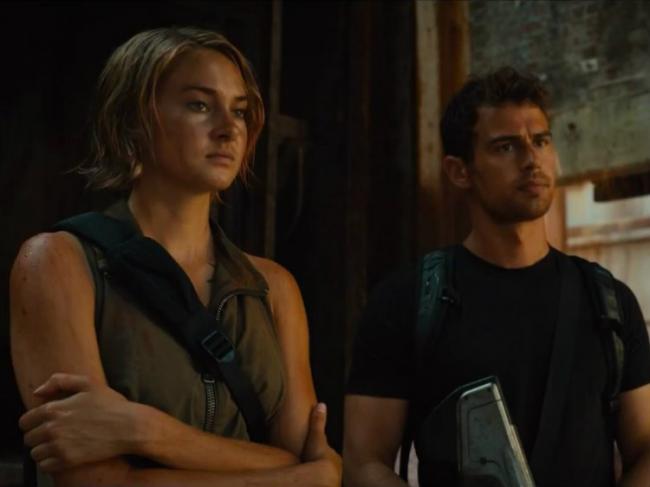 This series has always been the poor cousin to The Hunger Games franchise. Both take place in a dystopian future where a young woman must take a central role in correcting the sins of her society. Although these films are inferior in every way to The Hunger Games, they've held my attention enough to make me want to see how things will turn out for Tris and Four. Unfortunately, this, the third film in a planned four (since once again the final book in a trilogy has split into two films), does its very best to kill off my meager interest.

One of the weakest aspects of this series has been the faction system, where the survivors in the city of Chicago have divided themselves into groups based on one personality trait. It was always rather nonsensical, but this movie tries to explain the rationale behind it. It turns out that the entire city was a giant experiment being conducted by another group of scientifically advanced survivors who live outside of Chicago. Apparently the world was decimated in a war following the creation of genetically altered humans. The survivors outside the city are genetically pure humans who were never altered, while those inside the city are descendants of the genetically altered. Tris, it turns out, is the first genetically pure human to ever be born inside the city. The faction system, in a never adequately explained theory, is supposed to help produce others like her.

The problem with this explanation is that it feels as though it were tacked on after the fact. As if series author Veronica Roth realized she needed to come up with a reason for the division into factions as laid out in the first book and so retconned the experiment idea as an explanation. Just how the factions were supposed to alter genes (one being psychological and the other being physical) is never adequately explained, at least not in this film version.

The biggest problem with the plot is the character of Tris this time around. She's remarkably underwritten in this installment, letting events happen to her rather than initiating any of them, right up until the finale where she finally shows some of the backbone we've come to expect from her. Instead, she spends plenty of time sitting around with David (Jeff Daniels), the leader of the group conducting the experiment on Chicago. Completely out of character for her, she decides to trust David completely while dismissing Four's suspicions out of hand. Shailene Woodley has proven herself to be a competent young actress, but you wouldn't know it from this film.

However, Woodley is far from the only actor wasted in this film. Naomi Watts and Octavia Spencer are likewise given short shrift. While it seemed from the end of the last film that Watts might be the next villain, that role is left to Daniels, who is so obviously evil from the moment he is introduced that it becomes even more unbelievable that Tris would trust him. Once again, it is Miles Teller as the forever evil, but always forgiven Peter, who makes any kind of impact as an actor, even though it's becoming more and more ridiculous that he is still trusted at all by the main characters. In every film he betrays them, but somehow still ends up on their good side by the next one. While so many of the other characters are blandly good, Peter, as played by Teller, spices things up by being so self-serving. His willingness to suck up and sweep aside anyone else provides just about the only moments of fun in the entire story.

Given the tepid box office during its opening weekend, it's obvious that I'm not the only one growing tired of this series. Although I will inevitably see the final installment, if only to see the final outcome, it will be entirely out of a sense of obligation rather than out of any sense of enjoyment or anticipation. 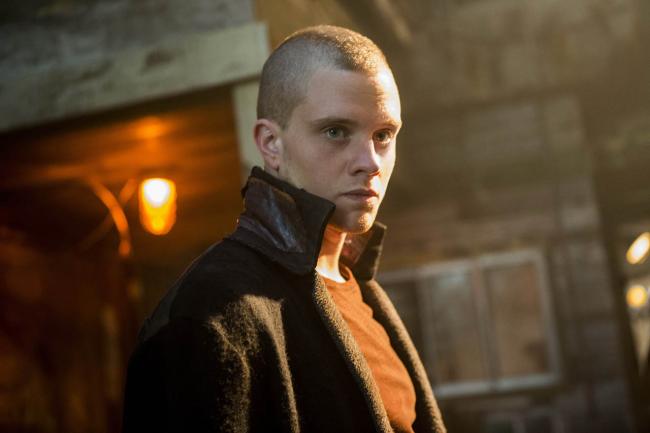 Not only is the Divergent series a poor cousin to The Hunger Games, it also lacks the one thing that kept audiences watching the pathetic Twilight films, an interesting love story. Tris and Four are a couple but the only thing that keep them together is their commonality in wanting to discover the truth about the world around them. No matter how many times they look longingly at each other or kiss, we never feel there is much passion between them. They never talk of simply running away to find a place for just the two of them to be happy together. All they ever talk about is politics and the war. We wanted Katnis to find love and peace. As bored as I was watching the Twilight movies, I had a slight interest in how weird the vampire/werewolf love affair was going to play out. I care not what happens to these card board cutouts.

I often use the expression, "emotional attachment" in reviews, referring to whether or not the audience has a emotional reaction to characters on screen. If that exists, you can pretty much make a movie about those characters doing anything you want, including a ridiculous werewolf/vampire love triangle and the viewers will still eat it up. As the Divergent series does not generate any emotional attachment with it's audience, it does not matter what happens to these characters, because we have nothing to lose by them not succeeding and nothing to gain by them accomplishing whatever it is they are trying to do.

Speaking of that, I have no idea what the end game is supposed to be here. Tris, Four and company fought against Janine's rule, then rebelled against Evelyn's. They travel outside the wall here and find someone else who is oppressing them and the citizens of Chicago. The players names keep changing but the rules are always the same no matter where and who these two are fighting against. Jai Courtney played Eric in the first two films as Janine's muscle bad guy. He died and we now have Evelyn's muscle bad guy Edgar played by Jonny Weston. I mention both actors by name because each has more screen presence than the, ready for his closeup, Theo James.

Speaking of Four, he is given some moments to shine as the action hero. He gets into several fights and those scenes make for some mild distractions. He takes out ten men in the confined space of a flying vehicle and survives it crashing. He ends up with a cut on his head that drips blood dramatically down the side of his face. Theo James is a good looking guy, no argument, but his acting talent, at least what he displays here, is only skin deep.

As Scott wrote, Tris ignores Four's suspicions. What kind of love story is this if she so easily dismisses her boyfriend's opinion? He has been doing this kind of thing longer than her, while she is still acting like a naive teenager. As I wrote, the names change but the characters remain the same. Scott alluded to this when he mentioned how Peter is still around and still up to no good.

The only thing that seemed to develop in this movie are the special effects. Clearly the bulk of the $110,000,000 budget went to the CGI. It all looks really well done but any original Star Trek or Doctor  Who fan can tell you that special effects are just the trimmings. The main course are the characters and if we truly care about them and want them to succeed, none of the decorations matter. Just to prove my point, this film only made $66,000,000 at the U.S. box office. 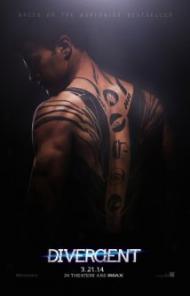 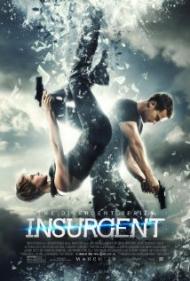