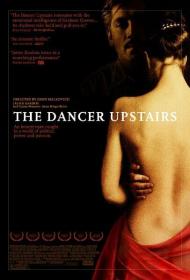 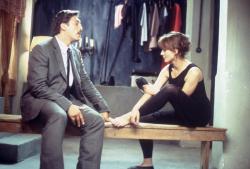 Whenever an actor becomes a director, I tend to watch their movie with some trepidation. As Marlon Brando proved with One-Eyed Jacks, not all good actors make good directors. The Dancer Upstairs, directed by John Malkovich, is a much better movie than Brando's lone attempt, but it is still far from perfect.

The film is based upon the book by Nicholas Shakespeare, who also wrote the screenplay.  Not having read the book, I can't say for sure, but part of the problem with this adaptation seems to be that what worked on the page doesn't work as well on the screen.  You still have a great and sympathetic central character portrayed by Javier Bardem, and an intriguing story, but if the movie had been trimmed by at least thirty minutes, I would be raving about it right now, instead of recommending it with such trepidation.  As it is, the movie clocks in at 135 minutes, and you feel all 135 of them.

In an un-named South American country, Augustin Rejas (Javier Bardem) is an idealistic policeman charged with investigating the mysterious and elusive revolutionary figure; Ezequiel.  Along with the help of his hand-picked team, Rejas's hunt takes him through the city streets of the capital.  With few clues to work with, he is helpless to stop Ezequiel and his fanatical followers as they assassinate political leaders and bomb public buildings, threatening the stability of the already unstable government.

Rejas seeks comfort from his hopeless quest in the arms of his daughter's ballet teacher, using his already odd-hours of police work to cover the affair from his wife.  The few short evenings he spends with the dancer are the only moments of happiness he manages to find in his life.

A clue to the identity of Ezequiel finally comes when a video-tape is discovered of the murder of a village priest.  When Rejas recognizes the priest in the video as the priest who baptized him as a child, he begins to realize that perhaps there is a connection between himself and the revolutionary.

As I mentioned, the only real problem I had with this movie is the painfully slow way in which it is told.  Part of the reason Malkovich chose to direct this movie is because he loved the book so much.  Perhaps if he'd loved it a little less, he wouldn't have been afraid to trim it more. It doesn't help that for most of the cast, English is a second language, and so they are all speaking slowly and deliberately to be understood.

What helps carry the movie despite its length, is the brilliant performance by Javier Bardem.  The story and the movie rest squarely on his shoulders and he creates a likable and sympathetic character.  It is his determination to see justice done that kept me from looking at my watch after two hours.

Beautifully filmed and well-acted, The Dancer Upstairs is a worthy, if lengthy, directorial debut.