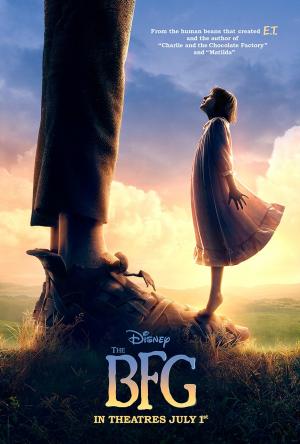 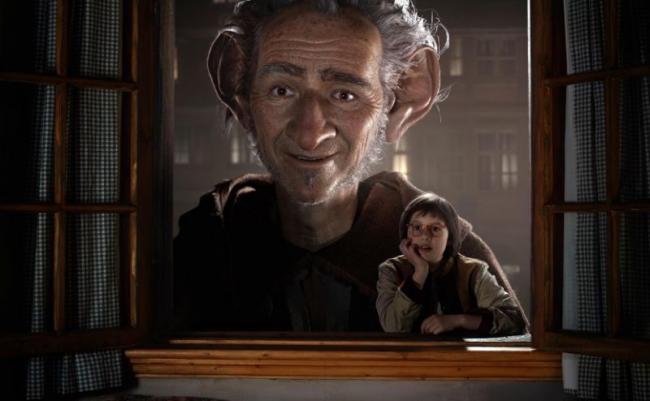 Mark Rylance and Ruby Barnhill in The BFG.

The BFG (Big Friendly Giant) is a lesser known Roald Dahl novel, dwarfed in fame by his Charlie and the Chocolate Factory, James and the Giant Peach, and Matilda books. A film adaptation has been in the works since the early 1990s when a Robin Williams starring production failed to get off the ground. Since then it's been kicked around Hollywood until it finally picked up steam when Spielberg came on as director with his E.T. collaborator Melissa Mathison on board as screenwriter (it would be the last film before her death and the film is dedicated to her). While it hasn't exactly burned up the box office charts, it is a charming little film that will no doubt have a long life in the home video market.

The plot tells the story of Sophie (newcomer Ruby Barnhill), a young orphan girl in England, who is kidnapped by the titular Big Friendly Giant (played by Mark Rylance through the magic of motion capture) after she sees him sneaking around London in the middle of the night. He carries her to Giant Country to keep her from telling anyone of his existence, but also because he is lonely. Unfortunately, the other giants aren't as friendly as the BFG. While he spends his time magically delivering good dreams to sleeping humans, the other giants steal little children in the night to eat them. The BFG allows himself to be bullied by the other giants until Sophie comes up with a plan to stop them for good.

Although I was able to enjoy this film, as I believe audiences of most ages will be able to, it is clearly aimed at young children. Some of the humor is quite childish, including a bit about farting, caused by a drink where the bubbles travel down instead of up. And while, the idea of children-eating-giants sounds dark, the giants are played mostly for laughs and their eating habits are only mentioned, never shown. There are hints of darkness in the story, but just hints. This keeps the story suitable for younger audiences, but also keeps the tension fairly light. Even when Sophie is being chased around the BFG's home by the other giants, the sense of danger is never very intense and even the finale feels oddly danger free.

Rylance and Barnhill share a nice chemistry and their interactions are the heart of the film. The 10 year old goes toe-to-toe with the stage veteran. Rylance humanizes the animated giant and makes him feel real. As with the best CGI, you are able to put out of your mind that you are watching animation and just accept him as a living character.

Since the opening weekend box office numbers were a disappointment and the budget was an estimated $140 million, this movie is already being called a flop. Perhaps the old fashioned feel and the obvious juvenile target audience kept audiences away, or maybe it was the lack of recognition of the source material. Whatever the reason, the lack of interest isn't a reflection of the film's quality. It's far better than the numbers would have you believe.