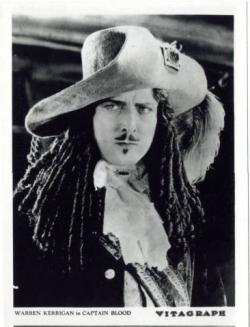 There have always been gay actors in Hollywood. The now forgotten J. Warren “Jack” Kerrigan became a star before the First World War, during the very early years of Tinseltown’s existence. He was a fan favorite and was several times voted the number-one box-office attraction in fan-magazine polls of the day. According to all reports he was fairly open about his homosexuality. He lived with his lover James Vincent for nearly 40 years and his sexual orientation was well-known by his co-stars, bosses and studio hands alike. He made his first movie in 1910 and walked away from the business at the height of his career in 1924. His list of movies includes the silent Western classic The Covered Wagon and he played the titular pirate in the original silent version of Captain Blood.

Ever since Kerrigan there have been two categories of gay men in Hollywood. The “straight acting” closet cases and the more flamboyant types, that, if they weren’t exactly “out” in today’s sense of the word they certainly weren’t wasting much energy trying to hide the fact either. Not surprisingly, the former were often leading men while the latter were usually cast in nonromantic supporting roles.

This isn’t intended as a definitive list of gay actors in Hollywood, but I will mention a few examples to make my point.

During the silent era Ramon Novarro cut a dashing figure on the silver-screen, he was hailed as the new Valentino. Swooning female audiences of the day had no idea he was gay in real life. Novarro struggled with alcohol addiction and was presumably conflicted between his sexual identity and his strong Roman Catholic beliefs.

During the 1930s several gay actors began popping up in numerous movies in effete supporting roles. Edward Everett Horton (The Front Page; Top Hat; Lost Horizon; Holiday; Arsenic and Old Lace; It's a Mad, Mad, Mad, Mad, World), Eric Blore (he played exceptionally eager-to-please valets to Edward Everett Horton and Leslie Howard respectively, in Top Hat and It’s Love I’m After) and Franklin Pangborn (Mr. Deeds Goes to Town; My Man Godfrey; A Star Is Born (original version); Sullivan's Travels; Now, Voyager; The Palm Beach Story; Hail the Conquering Hero; The Sin of Harold Diddlebock) are names that may not be familiar to movie fans but you just might recognize their faces. They were often cast as man servants, butlers, waiters, tailors etc. They livened up many a scene with their quick wit and insouciant attitude.

Clifton Webb was that rare exception. An obvious gay type, he was fortunate enough to become a bona-fide star. He was perfectly cast as the prissy but sinister Waldo Lydecker in the noir classic Laura and was the movies’ original Mr. Belvedere. Webb also played husband to Myrna Loy and father of their large brood in the original Cheaper by the Dozen.

The list of closeted male stars is well-known. Rock Hudson, Tab Hunter and Farley Granger were all leading men of the 1950s that later came out as gay. Cary Grant, Randolph Scott and Tyrone Power belong in the category of allegedly bisexual men that never ventured out from the safety of the celluloid closet. But then how much would their careers have suffered if they had revealed the complete truth about their sex-lives?

At any rate, Grant and Scott were rumored to be lovers. During the early 1930s they shared a bungalow together in seemingly domestic bliss until the studio Grant worked for insisted they change their living arrangements. Grant quickly married, followed by a halfhearted suicide attempt. During the 1920s he had shared a Greenwich Village apartment with the floridly gay costume designer Orry-Kelly. Tyrone Power, while a well-known ladies man, also reputedly had an eye for men. He was rumored to have had a long term affair with Cesar Romero. Power was a popular topic of conversation at George Cukor and Cole Porter’s notorious all-boy pool parties, but was far too circumspect to ever attend himself.

So just how much have things changed for homosexual men in Hollywood since the Golden Age of the studio system?

The answer to that question is quite a bit and not much, depending on who you ask. Today some gay actors choose to be out while others still want to keep it to themselves.

Look at the film Margin Call. It stars out-of-the-closet Zachary Quinto and still officially in-the-closet Kevin Spacey. Some actors are comfortable being open with their sexuality while others still fear a backlash. I guess you shouldn’t be photographed spanking a young guy’s naked bottom in a gay club then huh Spacey?

Now would being a known gay actor today ruin someone’s career? I cannot speak for everyone but I know one thing. If a homosexual will make someone else money in Hollywood, their sexual preference means nothing as far as the studios are concerned.

Neal Patrick Harris started playing the lothario Barney, on television’s How I Met Your Mother before coming out. The show is still on and he is still the best thing about it. An even better example of the indifference towards an actor’s sex life is the Harold and Kumar films. They have a huge straight young male audience that does not seem to care that N.P.H. is gay. He has in fact created some of the most talked about scenes in the movie series.

Does an actor’s sexual preference limit their choice of roles? Quite possibly. Being gay in and of itself may not exactly limit your role options but an actor's image certainly does. The openly gay Nathan Lane can play gay or straight, but flamboyant is his calling card, thus limiting the range of roles he is offered nonetheless. 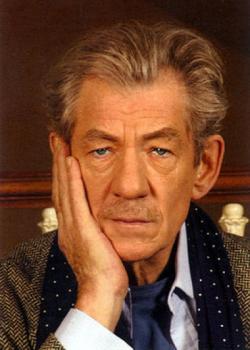 Movie studios did not want the masculine looking Rock Hudson's sexual preference to be known, as audiences may not have bought him as the straight horn-dog he often played on screen. Today masculine homosexual actors face the same problem. When Welsh actor Luke Evans starred in Boy George's play Taboo, he gave interviews where he openly discussed his homosexuality and referred to his boyfriend. However, since starring in such action films as Immortals and Clash of the Titans, he has been seen attending premieres and events with a female date. I have no idea if this means he is bisexual or simply undercover.

Like a modern day Clifton Webb, Ian McKellan has been one of the most successful openly gay actors. He has starred in such blockbusters as X-Men and The Lord of the Rings. He has likewise played gay characters such as James Whale in Gods and Monsters.

There have always been gay actors in Hollywood and there always will be. Clearly audiences have become more and more accepting of them coming out. It has yet to become a complete non-issue, but that time is no longer too far off.